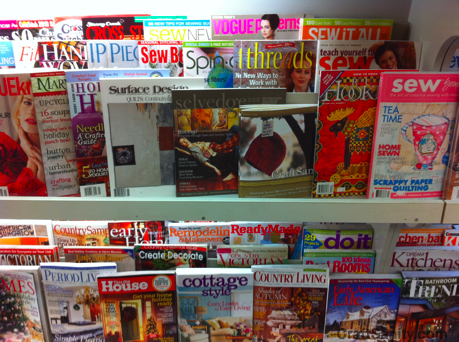 Can you believe this photo?

Before CraftSanity Magazine was printed last week, a woman e-mailed me from a store called Reader’s World in Holland, Michigan to inquire about stocking it. She explained in her e-mail that someone had requested it. Really?!

When I decided to create a magazine version of my blog and podcast, I didn’t consider how I would handle local sales because I’m used to producing CraftSanity for an audience of kindred spirits scattered all over the globe. Most people around here are unaware that I have a habit of recording conversations with crafty strangers. And I’m okay with that. 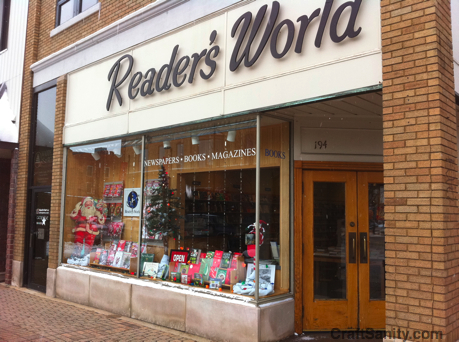 Tuesday I delivered copies of the magazine to Reader’s World and was absolutely delighted when Anne, the nice lady who contacted me, placed them on the store’s expansive magazine rack. Even though my publication is a magazine, I found myself feeling surprised when she put it on the shelf next to “Selvedge” and a row down from “Threads.” I guess I just wasn’t expecting placement that good.

The truth is I wasn’t expecting any of this. I spent Wednesday afternoon stuffing and addressing envelopes and sticking on postage to mail CraftSanity Magazine around the globe. Around the globe! 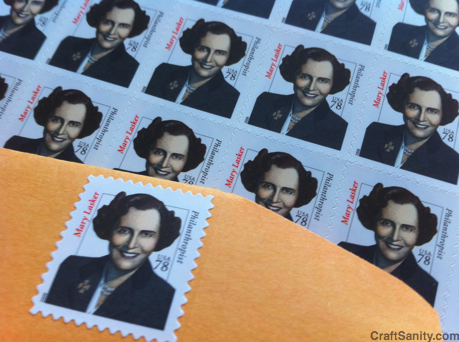 Thank you so much dear readers, contributors and advertisers for giving me the chance to have this experience. It’s been better than I expected.

I went to Reader’s World Tuesday morning to deliver three copies of the magazine in person and left feeling like I had just delivered 30,000 copies. I had to snap a nerdy photo of the magazines on the rack. We did it, folks! Thank you!

*** I’ve heard from a couple people who said they had trouble getting the magazine from Schuler’s on 28th Street. We dropped off copies Monday night, but I don’t think they were put out until Tuesday. I’ve heard since then that customers have been told the store doesn’t carry the magazine. Please be patient. The periodicals manager was kind enough to stock the magazine, but she’s not there all the time and it’s going to take a bit to inform all the employees that CraftSanity is a real publication. I apologize for the inconvenience if you’ve been turned away and will check on this issue today. If you run into any more snags trying to get the magazine, please let me know.

P.S. An extra special thanks to my cousin for buying two copies of the magazine even though I’m pretty sure he doesn’t knit, crochet or weave. David, if you’re going to be at Grandpa’s for Christmas, I’ll have to show you how to cast on. : )

P.S.S. I will be back later today with a blog tour post about Kristina McGowan’s new book “Modern Top-Down Knitting.” So check back later… in the meantime I have to get ready for a TV segment. I’m doing my usual craft segment on WZZM Channel 13’s “Take Five” sometime after 9 a.m. The bags under my eyes have bags, so this should be interesting. : )

Video: Why failure is a necessary part of...

Magazine sale at the CraftSanity Shop for the...

Where to Buy: CraftSanity Magazine Issue 9

You made some respectable factors there. I looked on the internet for the difficulty and located most people will go along with with your website.