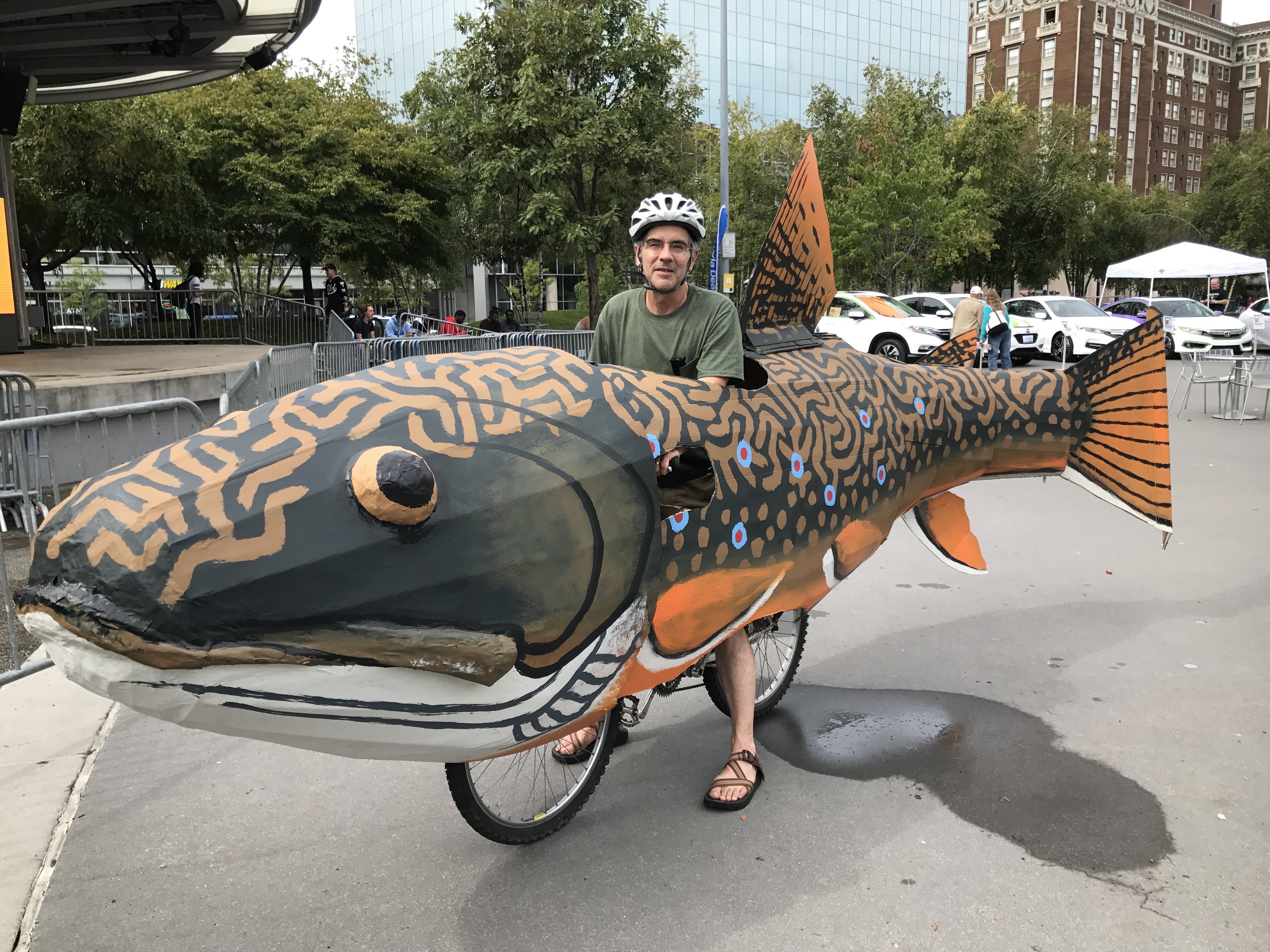 About a half hour after Artprize 2016 kicked off Wednesday in Grand Rapids, Michigan, there were sightings downtown of a man on a bike who appeared be swallowed whole by an enormous brook trout.

But there was no cause for alarm, artist Andrew Rockwood was having a great time turning heads and getting waves from pedestrians and motorists as he rode through the downtown streets on a bike encased by a 16-foot long trout constructed out of cardboard refrigerator boxes, paper mache, wood and upcycled lawn chair parts. The fully-articulated body “swims” as Rockwood, 57, pedals and swerves in a convincing fish-like fashion

So what inspired this fishy mode of transportation? 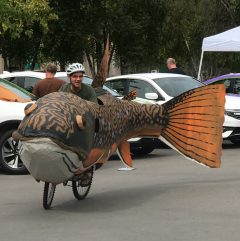 “Well, I guess fun really is what inspired it,” said Rockwood, 57, of Traverse City, Michigan, during a break from “swimming” laps around Rosa Parks Circle. “I like nature and I like wild trout and wild trout habitat. If this brings a little awareness of wild places and wild waters that’s fine. And if it just brings smiles, that’s fine, too.”

Rockwood originally made the trout bike for an Earth Day parade in Traverse City. He said he spent about a week designing the trout bike and then it took about two more weeks to build the fish that he painted with leftover house paint.

“People love it,” he said. “It’s beyond my wildest expectations to tell you the truth. People really are having fun with it.”

When he’s not riding his trout bike around the city, Rockwood will park the fish at his ArtPrize venue, Peppino’s Pizza, 130 Ionia Ave SW, in Grand Rapids.

Watch a mini interview with Rockwood below.

I just love it!!!
Best of wishes, to Andy Rockwood!

NUMBER ONE! Love it, Andy. Good to see you.